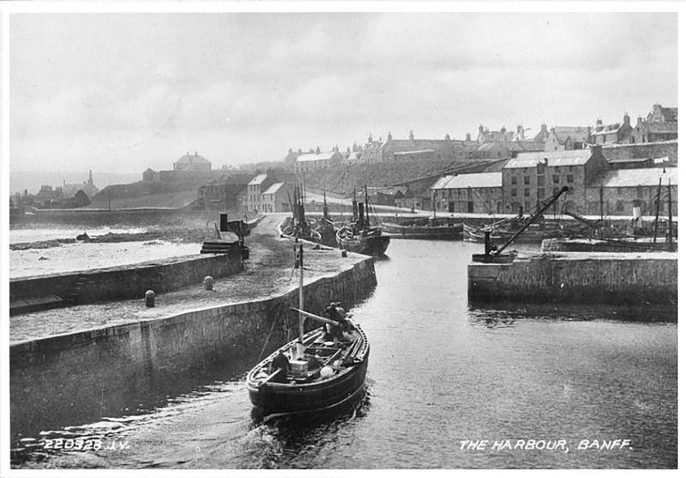 The harbour was created when the mouth of the river Deveron became impossible to use as a harbour due to shifting sand banks.

Rocks were cleared from Guthrie's Haven, (the current inner basin) in 1625 and in 1770 John Smeaton was commissioned to make improvements. This was followed by Thomas Telford in 1818
who designed the lighthouse quay thus creating the outer harbour.

Banff is the former county town and a Royal Burgh, having received its charter from Robert the Bruce in 1324.
Its history stretches back to the 12th Century when it was one of the important Hanseatic trading towns.