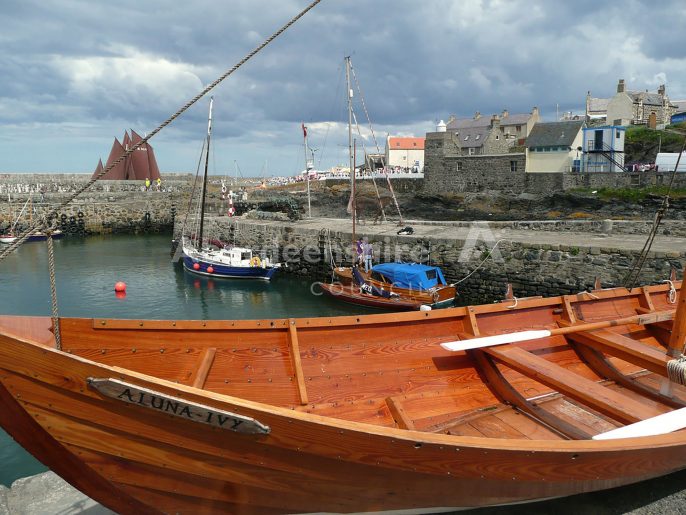 Portsoy consists of two harbours, the old and the new. The original, dating back to the seventeenth century has taken on a new role as the venue for the annual traditional boat festival held every summer.

The harbour extends to 3800m2 with 200m of quay and is protected from north west gales by the headland and North Pier.

The new harbour though more exposed is the larger and berths up to 30 boats and a slipway is available at the east end of this basin.

Electricity and Water facilities are available on the North Pier of the new harbour. The users are a mixture of shell fishers and pleasure craft which blend in with the unspoiled area around both harbours.

The new harbour dries out at low water springs and access to the sea is impossible from most parts at low tide.

Contact with the Harbour Master is advised for access. During neaps, movement by shallow drafted boats is possible at most times.