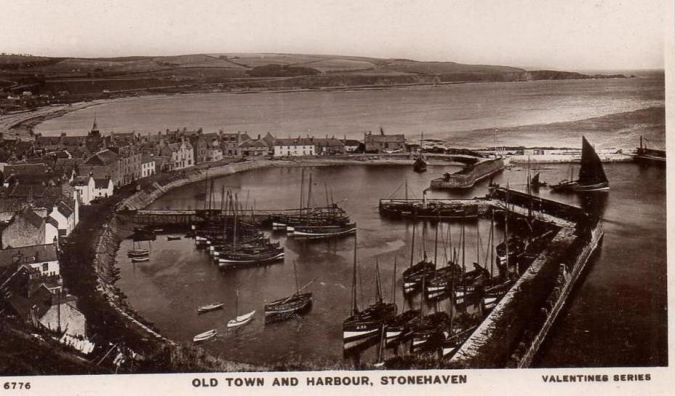 Stonehaven Harbour was first built prior to 1607 but was destroyed by storms.
It was repaired and again destroyed by storms. In 1678 it was built more robustly but this too broke up under the force of the North Sea.
A new plan was drawn up in 1825 by Robert Stevenson and the Harbour works were constructed successfully. The Harbour was handed over to Stonehaven Town Council in 1962.

Though no longer a substantial fishing port, it retains much of historic interest with the ancient Tolbooth close by the harbour and the majestic fourteenth century fortress of Dunnottar on the cliff tops to the south of the town.